SAN DIEGO — In April there is no red, white and blue bunting hanging anywhere quite yet, but you could have fooled San Diego’s most enthusiastic baseball fans over the weekend. They streamed into the Gaslamp Quarter and Petco Park clothed in brown and mustard, limited only by their imaginations.

Baseball’s most anticipated rivalry in 2021 — the dominating, blue-blooded Los Angeles Dodgers and the class-climbing, blue-collar San Diego Padres — began with a 12-inning bang on Friday; continued with a thriller on Saturday that culminated in a diving, fully extended, game-saving catch in center field by the Dodgers’ Mookie Betts; and played through the Padres’ stirring three-run eighth to avoid a sweep on Sunday.

The clubs move north to Dodger Stadium for four more games beginning on Thursday and, if the rest of their 16 games play out as the weekend’s did, it is going to be some kind of fun.

“We’re going to get 19 World Series games this year,” the Dodgers star Justin Turner said enthusiastically this spring. The taut games over the weekend in San Diego made him look prophetic.

“They definitely feel like they’re postseason games, that type of atmosphere,” said Eric Hosmer, the Padres’ first baseman who helped lead Kansas City to consecutive World Series appearances in 2014 and 2015 (and the title in 2015). His R.B.I. single on Sunday put San Diego ahead for good in a 5-2 win.

“I think it’s no secret that all of the baseball world was locked into this series,” he said.

The weekend was stuffed with Cy Young Award winners (Clayton Kershaw, Blake Snell, Trevor Bauer and David Price) and near-misses (Yu Darvish finished second in the N.L. last summer and second in the A.L. in 2013). It spotlighted the 2018 A.L. Most Valuable Player Award winner (Betts) and the second-, third- and fourth-place finishers in the N.L. M.V.P. voting last summer (Betts, Manny Machado, Fernando Tatis Jr.). Another M.V.P. winner (Cody Bellinger, N.L. 2019) missed the series because he is on the injured list.

The Dodgers have won eight consecutive N.L. West titles and are heavy favorites to add a ninth this year. The Padres, now in their 53rd season, have won a grand total of five division titles — and zero since 2006. But in trading for the starters Snell, Darvish and Joe Musgrove within a buzzy three-week span over the winter, the Padres closed the gap enough that, shortly afterward, the Dodgers struck a three-year, $102 million deal with Bauer.

Not that Los Angeles wants to keep talking about it. Manager Dave Roberts downplayed the hype on Friday. “It’s going to be a fun series, a fun game,” he said. “I’m not going to make too much out of one game, one series.”

Then came 12 innings and nearly five hours of sheer drama in the first game of the series. Hosmer knocked in Machado with two strikes and two outs in the ninth to push the game into extra innings. The benches cleared in the 10th inning when Jorge Mateo and Dennis Santana had words after the Dodgers pitcher hit Mateo with a pitch.

It was a night that started with a pregame ceremony honoring the local kid, Musgrove, who had thrown the first no-hitter in Padres history a week earlier. Then, in a beautiful display of baseball’s unpredictability, it ended with Musgrove playing left field after Padres Manager Jayce Tingler burned through his pitchers to the point where he had to move infielder Jake Cronenworth to the mound.

Naturally, Cronenworth, who was a college closer at Michigan but was making his first major league pitching appearance, struck out Betts.

Price, who drove in a run with a sacrifice fly in the 12th, had the unusual combination of a victory, four strikeouts and an R.B.I. The last Dodgers player with a line like that in an extra-inning game was Nap Rucker on July 9, 1915, according to Stats L.L.C.

Afterward, Roberts, who had been reluctant to make too much of one game, or one series, gushed.

“It was like a playoff game,” Roberts said. “The crowd was great. I’m just spent emotionally.”

Of course, you couldn’t blame Roberts for his initial hesitancy to legitimize this as a true rivalry. While the Dodgers and Padres have produced much entertainment over the years, little of it has had to do with actual title chases. The Padres, born into the N.L. as an expansion franchise in 1969, have finished north of .500 in just 15 seasons. These Southern California neighbors have battled down to the season’s final day just twice in half a century.

“We came to San Diego with a little bit of a chip on our shoulder regarding Los Angeles,” said Larry Lucchino, who was the Padres’ chief executive and president from 1995 to 2001 and played a key role in the construction of Petco Park. “The reason was the Dodgers kind of resented the Padres’ presence, even their existence.”

He added of San Diego: “They thought of it as an adjunct territory to their territory.”

The Dodgers barely seemed to know the Padres existed until 1982, when Dodgers pitcher Tom Niedenfuer hit Joe Lefebvre in the head with a pitch, and Kurt Bevacqua, a key reserve for San Diego, accused Dodgers Manager Tommy Lasorda of ordering it, referring to him as a “fat little Italian.”

Lasorda responded with a veritable spray chart of expletives, saying Bevacqua couldn’t hit water if he fell out of a boat and that he would gladly send a limousine to drive the infielder to the park to make sure his weak bat was in the lineup.

Garv as in Steve Garvey, the Dodgers star who the Padres poached before the 1983 season. His iconic home run lifted the team to its first World Series in 1984.

Moments of San Diego baseball superiority have been fleeting. But along with the poaching of Garvey, the Padres have mastered the art of trolling the Dodgers.

In 1999, they greeted Kevin Brown, the ace of their World Series team in 1998, with a Wall Street-flavored playlist after he spurned San Diego to become baseball’s first $100-million man in Los Angeles.

The Padres took the teasing to another level in 2000 when the new general manager of the Dodgers, Kevin Malone, declared there was a “new sheriff in town.” The Padres responded with the cover of their media guide featuring then-owner John Moores, Lucchino, General Manager Kevin Towers and Manager Bruce Bochy decked out in Western gear, posing in front of a “jail” at a theme park in Arizona.

The Padres have been unable to detain — or even deter — the Dodgers since. When Los Angeles swept San Diego in a division series in October, the Padres were making their first postseason appearance since 2006.

“It’s a little early, I think, to call it a rivalry,” said Charley Steiner, a Dodgers radio broadcaster. “A budding rivalry might be a little more accurate.”

The pieces certainly are in place. The Dodgers maintain the game’s highest payroll at $237 million, while the Padres rank eighth with a franchise-record $180 million. Of seven stratospheric, $300 million-plus contracts in the game, three of those players were on the field this weekend: Betts (12 years, $365 million), Machado (10 years, $300 million) and Tatis Jr. (14 years, $340 million), two of whom, fairly shockingly, play for the Padres.

“That latter point is a significant one,” said Lucchino, the man who called the Yankees the Evil Empire after becoming the Red Sox president and chief executive in 2001.

In many ways, this arms race is reminiscent of the Yankees-Red Sox rivalry in the 2000s: The Yankees had won four World Series titles in five years. The Red Sox, who had not won one since 1918, knew they had to build a team capable of beating the Yankees. While the Dodgers’ title last year was their first since 1988, they have played in three of the past four World Series.

“Now let’s see what the Padres can do over a sustained period of time,” Steiner said.

After the wild 11-6 marathon on Friday, Kershaw and Darvish produced a riveting, old-fashioned pitchers’ duel in the Dodgers’ 2-0 win on Saturday. That pushed the Dodgers to 13-2, the best 15-game start for a defending World Series champion. In winning on Sunday, the Padres at least earned a few smiles.

The Dodgers are now 96-47 against the Padres dating to 2013. And this L.A. team reminds Steiner of his previous radio stop.

Now San Diego will try to do what Lasorda once said Bevacqua couldn’t.

One of San Diego’s original Dodgers haters, Bevacqua, who has never owned a boat, chuckled and offered a parting shot: “The boats I have fallen out of or jumped out of, I’ve hit water every time.” 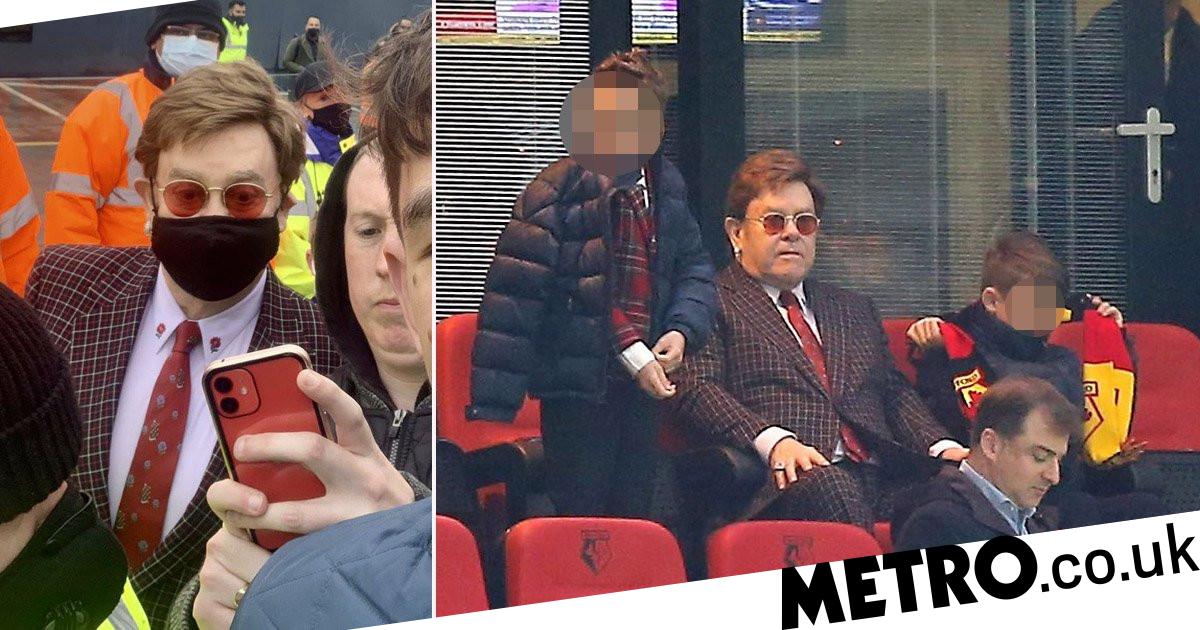 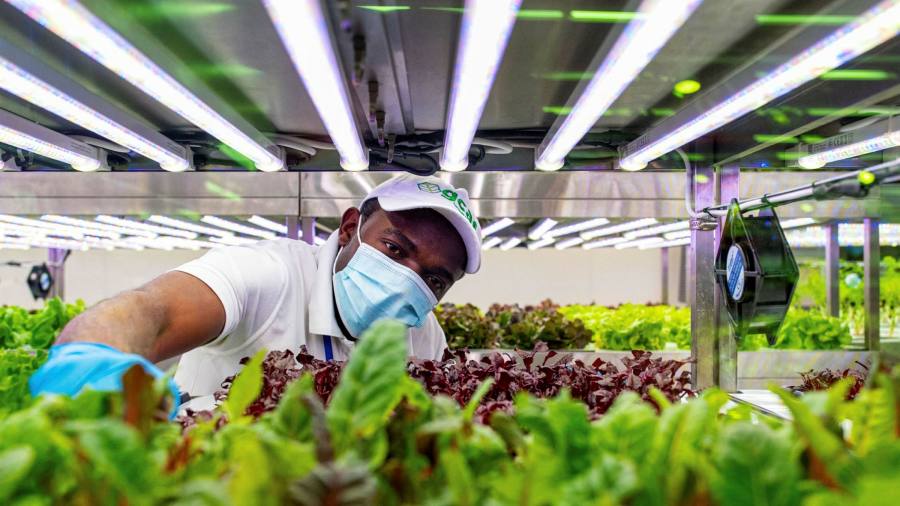 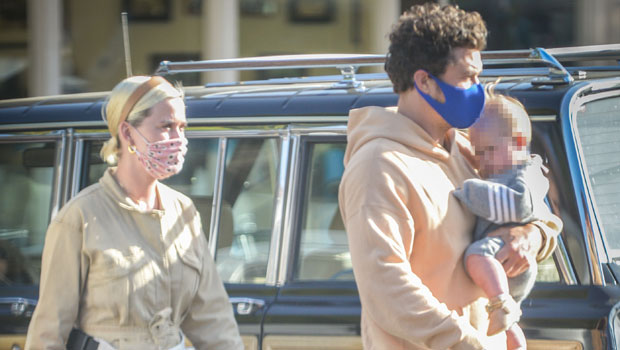