Warren Buffett is stepping down as a trustee of the Bill & Melinda Gates Foundation less than two months after the couple said they planned to divorce, as the multibillion-dollar charity looks to reshape its leadership structure.

People familiar with the matter said Buffett’s decision to step down is tied to the foundation’s plans to strengthen its governance and add more independence. Messrs. Buffett and Gates are longtime friends. Together with French Gates, they were the foundation’s three trustees. Unlike most large charitable groups, the foundation doesn’t have a board of directors or outside trustees.

Buffett, the 90-year-old chairman and chief executive of Berkshire Hathaway, had served as a trustee of the foundation since 2006, when the billionaire pledged to donate all of his company stock to philanthropy. The Gates Foundation is one of five beneficiaries of Buffett’s largesse.

Executives at the charity are currently in the midst of planning for changes because of the Gateses’ impending divorce and what it will mean for the foundation’s $49.9bn endowment. The Wall Street Journal reported last month that Gates and French Gates are discussing changes to the structure of their foundation to add more governance and independence. The billionaires, who have jointly led the Bill & Melinda Gates Foundation for about two decades, are discussing adding a board and bringing in outside directors, the Journal reported.

A person familiar with the matter said those changes are in the early stages.

In a statement early on 23 June, Buffett made no reference to the foundation’s new governance plans or the Gateses’ planned divorce. He wrote that he had been an “inactive trustee” at the foundation for years, and was resigning from the role “just as I have done at all corporate boards other than Berkshire’s.”

Buffett also praised the appointment in early 2020 of Mark Suzman, a longtime executive at the Gates Foundation, as chief executive of the charity.

“My goals are 100% in sync with those of the foundation, and my physical participation is in no way needed to achieve these goals,” he wrote.

A few weeks ago, on 27 May, Suzman, issued a statement that he “is actively discussing with Bill and Melinda steps they and Warren might take to strengthen the long-term sustainability and stability of the foundation given the co-chairs’ divorce.”

On 23 June, Suzman said he knows “Warren’s departure raises questions about the foundation’s governance” and reiterated the charity’s intention to strengthen its controls. He said he would share additional information about those changes in July.

French Gates hailed Buffett as a “guiding light through our foundation’s second decade,” while Gates said he is “truly grateful for (Buffett’s) wisdom and leadership, and most of all for his enduring friendship.”

The Gateses, as co-chairs and trustees, currently oversee the foundation’s work and how it is run, while Suzman handles the day-to-day operations. Buffett, a major foundation donor, has weighed in on crucial foundation matters, the Journal previously reported.

Gates served as a director at Berkshire until March 2020, when he resigned on the same day he also stepped down from the board of Microsoft Corp. Gates, who co-founded Microsoft and was its chief executive until 2000, left the Microsoft board amid an investigation into the billionaire’s prior romantic relationship with a female Microsoft employee that fellow directors deemed inappropriate, the Journal previously reported.

A spokeswoman for Gates said then: “There was an affair almost 20 years ago which ended amicably.” She said his “decision to transition off the board was in no way related to this matter. In fact, he had expressed an interest in spending more time on his philanthropy starting several years earlier.”

The Journal reported last month that Gates Foundation leaders are seeking ways to protect the organisation’s reputation and work since the couple disclosed that they planned to divorce. There have been recent calls from some Gates Foundation grant recipients asking about Gates’s ties to convicted sex offender Jeffrey Epstein, the people said. Gates met with Epstein for philanthropy and regrets doing so, a spokeswoman has said. Epstein died in jail in August 2019 awaiting trial on federal charges related to sex trafficking.

Also in the 23 June statement, Buffett said he distributed a further $4.1bn in Berkshire stock, marking the halfway point on his promise to give away more than 99% of his net worth to philanthropy. He has made 16 annual contributions to five foundations. “As I instructed, the funds were spent or committed quite promptly,” he said.

More than $3.2bn of that latest donation was distributed to the Gates Foundation, Suzman said on 23 June.

Buffett said his remaining 238,624 Class A Berkshire shares are valued at roughly $100bn.

Berkshire runs a large insurance operation as well as railroad holdings, utilities, industrial manufacturers, retailers and auto dealerships. It also holds large investments, especially in the stock market. The Journal reported in May that Berkshire tapped Vice Chairman Greg Abel to succeed Buffett as CEO. Howard Buffett, the billionaire’s son, is expected to succeed his father as the company’s chairman.

“I continue at my enjoyable job, doing what I like, aided by associates I like and working to deploy the savings of people who have long trusted me,” Warren Buffett said in Wednesday’s statement. “I still relish being on the field and carrying the ball. But I’m clearly playing in a game that, for me, has moved past the fourth quarter into overtime.”

Could Messi’s partnership with Neymar, Mbappe hinder PSG?
1 min ago 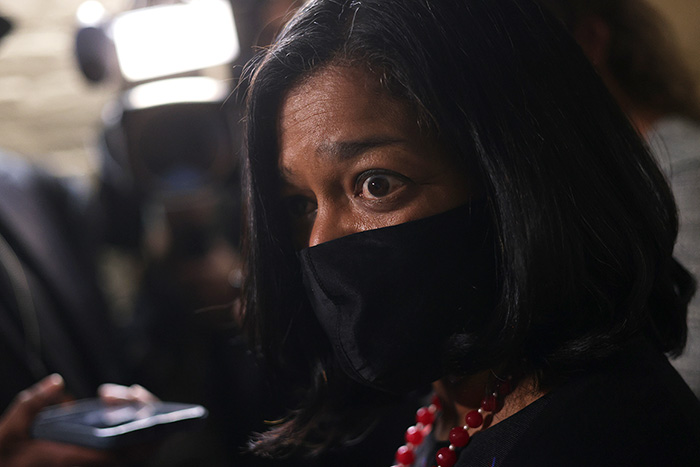