As private equity firms set diversity targets for their portfolio companies to get more women in leadership roles, one says a gender-blind policy is the way to go.

London-based BC Partners hires chief executives purely based on merit – and as a result it now boasts four companies in its portfolio with women at the helm: Pronovias, VetPartners, Women’s Care Enterprises and Elysium Healthcare.

It’s a rarity in an industry that is still dominated by men. An analysis by global data company BoardEx for Private Equity News found that of 17,135 private equity-owned companies in the UK and US, only 1,408 or 8% had female chief executives.

“A CEO is a CEO whether they are American, English, male or female. It’s about the best person for the job,” Jean-Baptiste Wautier, partner at BC Partners, said in an interview with Private Equity News.

“It would be wrong to treat women differently. You can have the best intentions to do that, but you should look at them in exactly the same way as you would men,” he added.

Widen the ranks
It’s a bold statement to make at a time when private equity groups worldwide have stepped up their diversity and inclusion efforts, with some actively targeting investments in female-led businesses, as they come under pressure from investors to widen their ranks.

Both Carlyle and KKR recently set targets to increase the percentage of women on the boards of portfolio companies and are aiming to have 30% diversity of directors. For Carlyle, this has resulted in having 56% of new directors in companies it controls globally coming from diverse backgrounds. The group also tied the compensation of its CEO Kewsong Lee to the business’ performance on diversity and inclusion goals. In February, Carlyle also established a $4.1bn credit line with borrowing costs linked to that metric.

And in June, Blackstone – the world’s largest buyout group – announced a new global head of diversity, equity and inclusion to help achieve a more diverse and inclusive workplace at the firm, as well as its portfolio companies. “We’ve long been committed to increasing diversity, equity and inclusion at the firm. In recent years, we’ve expanded our recruiting pipeline, introduced new programmes to increase engagement and retention of employees and set goals for more diverse boards,” Paige Ross, global head of human resources, said at the time of the announcement.

Metrics such as these are not a focus for Wautier, who describes BC as a “mosaic” of different nationalities and cultures, suggesting that diversity has been embedded in the firm since it was created in 1986. And the numbers back it up. There are 29 nationalities at the company, 41% of the workforce is female and 27% are from underrepresented groups. The firm says that 63% of all recent hires have also consisted of underrepresented groups.

But although BC Partners now has several female-led portfolio companies, the firm still has work to do. Women are still under-represented in senior positions, with just one female partner out of 29, and just four female managing directors. For the private equity industry to become more inclusive, that also needs to change.

“BC has never made me feel like I’m a female chief executive – if they had, I’d be quite cross,” Malone said.
“I fully agree. I never felt at all there was a difference. I don’t see myself working as a female and male, I just do my job,” Ohayon added.

Since coming under BC Partners’ ownership, both Pronovias and VetPartners have been transforming and growing their respective businesses at lightning speed.

When BC’s Wautier first met Malone, VetPartners was a small UK-based company with just £12m in earnings. But by the time they started talking about a deal, VetPartners had already made several acquisitions and grew to have £40m in Ebitda. Wautier and Malone signed the deal in November 2018.

Tripled earnings
Since then the company has expanded into Europe and has tripled its earnings. It recorded an 87% rise in sales over the past three years to reach £349m in the year to June 2020.

“BC has enabled us to go as fast as we can. The knowledge of the sector has helped and I also think they know how to work with management teams, giving them the right level of autonomy,” Malone said. Now Malone is focusing her efforts on the international market, which represents 5% of profits. She is planning to increase that to 20% by June 2022.

Pronovias was a completely different story. While Malone founded VetPartners, Ohayon was brought on board after BC’s acquisition of the bridalwear company.

BC Partners bought a majority stake in the Barcelona-based group in July 2017 and quickly realised it needed an overhaul and a new leadership to bring it into the 21st century. Wautier said it took nearly three months to get Ohayon on board, after countless meetings with candidates who just didn’t quite fit.

Ohayon started her role on the 1 March in 2018, and despite being warned about working for a company owned by private equity, she was pleasantly surprised.

Under Ohayon’s leadership, Pronovias stepped up its global expansion and set up operations in the US, Italy and France, among others. Its brands include Nicole, White One, Saint Patrick and most recently it acquired Dutch group Ladybird, which it plans to roll out in the US and China.

It also accelerated the digitalisation of the business, which until then had still been quite old-fashioned, requiring people to make appointments at shops. The company’s bridal and cocktail dresses are now sold through nearly 4,000 retailers worldwide and its own 123 stores.

One of the benefits of BC’s ownership, for both women, has been the ability to share ideas and experiences with other CEOs at portfolio companies the buyout group owns. Both Ohayon and Malone have turned to other chief executives to share ideas and tackle common challenges.

“I love the CEO conference that’s organised by BC to meet other CEOs to understand some common challenges,” said Malone. “When we have a question, the team is always available too if they think someone from another portfolio company can help.”

Wautier connected Malone and Ohayon to talk about digital transformation, for example, as both women were working on accelerating this shift for their businesses. And once again, connecting the two female CEOs had nothing to do with their gender, Wautier said.

Push from the top
“The CEO is a very lonely position and there are not a lot of people you can talk to,” he said. “People that can help you are your fellow CEOs and this is why I think it’s on us to facilitate [these meetings].”

Although Wautier is adamant that gender should not be a consideration when recruiting for or acquiring a business, he’s not resting on his laurels and recognises this requires a continual push from the top.

BC Partners has widened its selection process and turned to new avenues for potential candidates, which traditionally came from a narrow pool of investment bankers. This, says Wautier, allows the firm to gradually make sure there is no bias system which “tends to favour the white male from Goldman Sachs who had three years’ [experience] in the City”.

VetPartners has also changed some of its policies, such as shared parental leave, to have more family-friendly practices. Although the veterinary sector has not been very good at providing flexibility to its workers, Malone has worked to tackle this, with female vets now accounting for around 78% of the company’s workforce.

And for Ohayon, it’s been important to establish a work-life balance and encourage her employees to do the same. She spends a lot of time coaching women to not feel guilty about this, and operates an open-door policy for employees.

Policies like these – that don’t force women to choose between family and career – will go a long way to helping retain women once they’ve entered the male-dominated world of private equity.

This article was published by Private Equity News.

To contact the authors of this story with feedback or news, email Selin Bucak and Lina Saigol 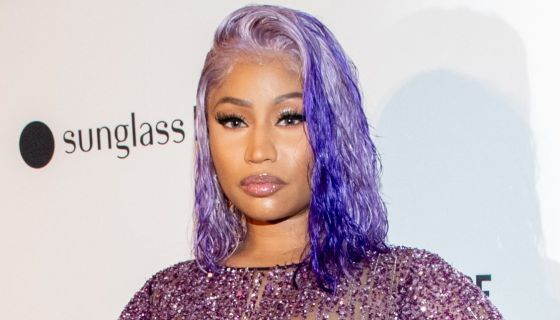 Do doctors treat pain differently based on their patients’ race? Study shows physicians dispensed opioids for back pain more frequently to their white patients than to their patients of color
9 mins ago